With September rolling on, investors are already looking for some attractive cryptocurrency to buy. The market looks to be continuing its rally, with Bitcoin already above the $51,000 mark and other coins making pushes.

Below, we’ll consider the best cryptocurrency to buy this week, based on analyses of coins making moves over the next few days.

Solana is currently the coin to beat at the moment. The asset is on a hot streak, extending a rally that has lasted for about two weeks now.

According to the Digital Asset Fund Flows Weekly report from CoinShares, weekly inflows to Solana jumped by 388% in the past week alone. Inflows into the asset have now jumped by 100% year-to-date, with SOL-based products ow represengin$44 million in assets under management.

There is also hype for “ignition” – the mystery event that was teased last week. The team has offered little details about “ignition,” but investors believe that a token burn could be on the way. So, they’re pushing SOL even higher. 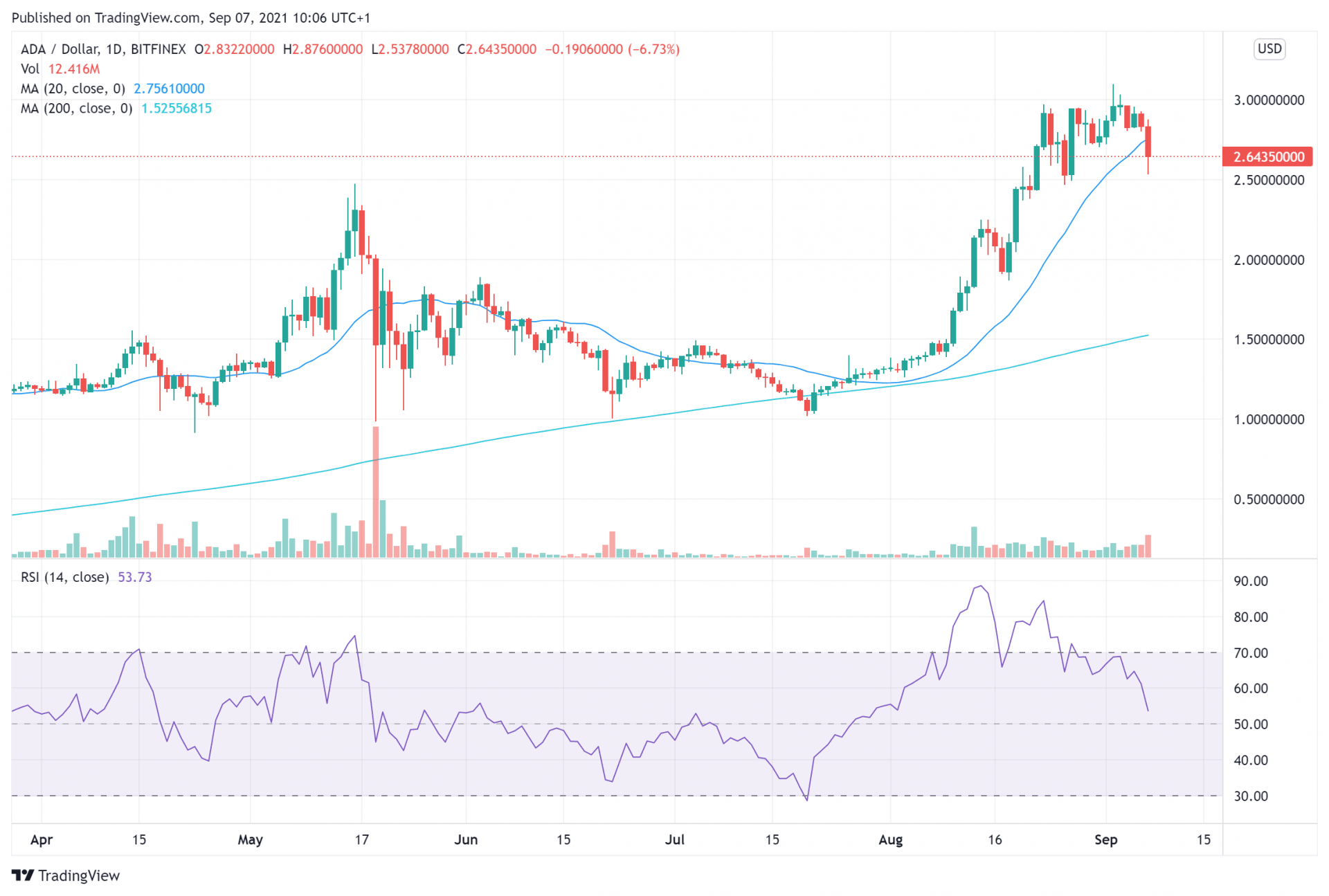 ADA is also seeing some increasing attention, thanks to upgrades coming to the Cardano blockchain. The asset already marked a record, hitting the $3 mark for the first time. While it has retraced from there, investors are still hopeful for an upwards consolidation.

The introduction of smart contracts should make Cardano a more habitable place for decentralized finance (DeFi) protocol developers. Projects are also lining up to join the platform already. Last week, we saw the introduction of Cardax – a decentralized exchange that is pushing to help users to create tokens and transact seamlessly on Cardano.

More adoption is expected to come once Alonzo goes live, so ADA should be ready for some big moves. 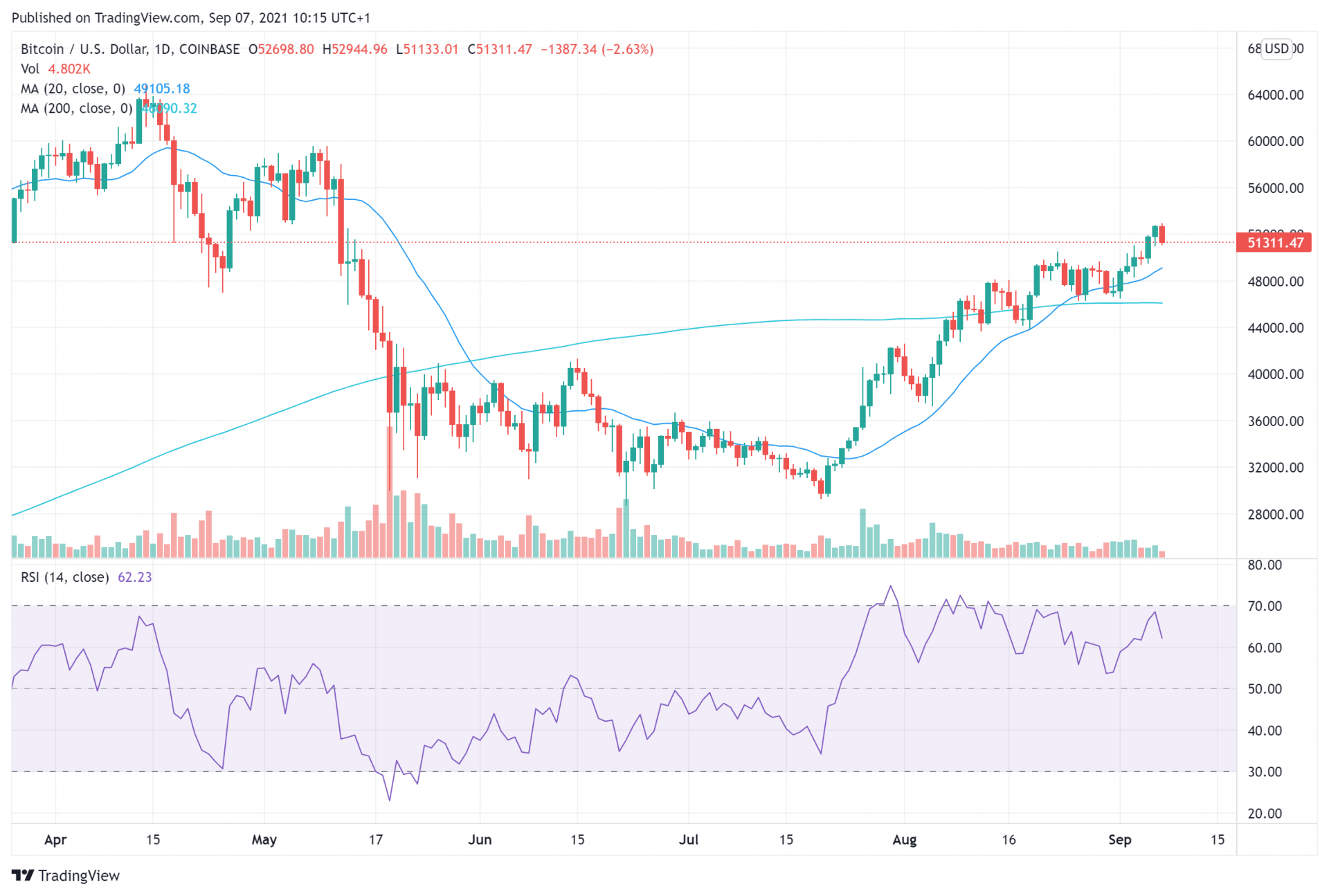 Bitcoin remains a strong option among the best cryptocurrency to buy. The asset made a giant leap over the weekend as it all but solidified its place above the $50,000 mark. While it is still trying to stabilise, there is significant hope that this week will propel it even higher.

Adoption for Bitcoin is everywhere. Just yesterday, El Salvador purchased 200 Bitcoins as the country gears up for the final rollout of its Bitcoin legalisation law.

Union Investment, a Germany-based asset manager with over $500 million in AUM, has also confirmed it’s getting in on the Bitcoin mania. In an interview yesterday, the company said it is looking to add Bitcoin to several investment funds to reach more institutional clients. The strategy is expected to begin in Q4 2021. 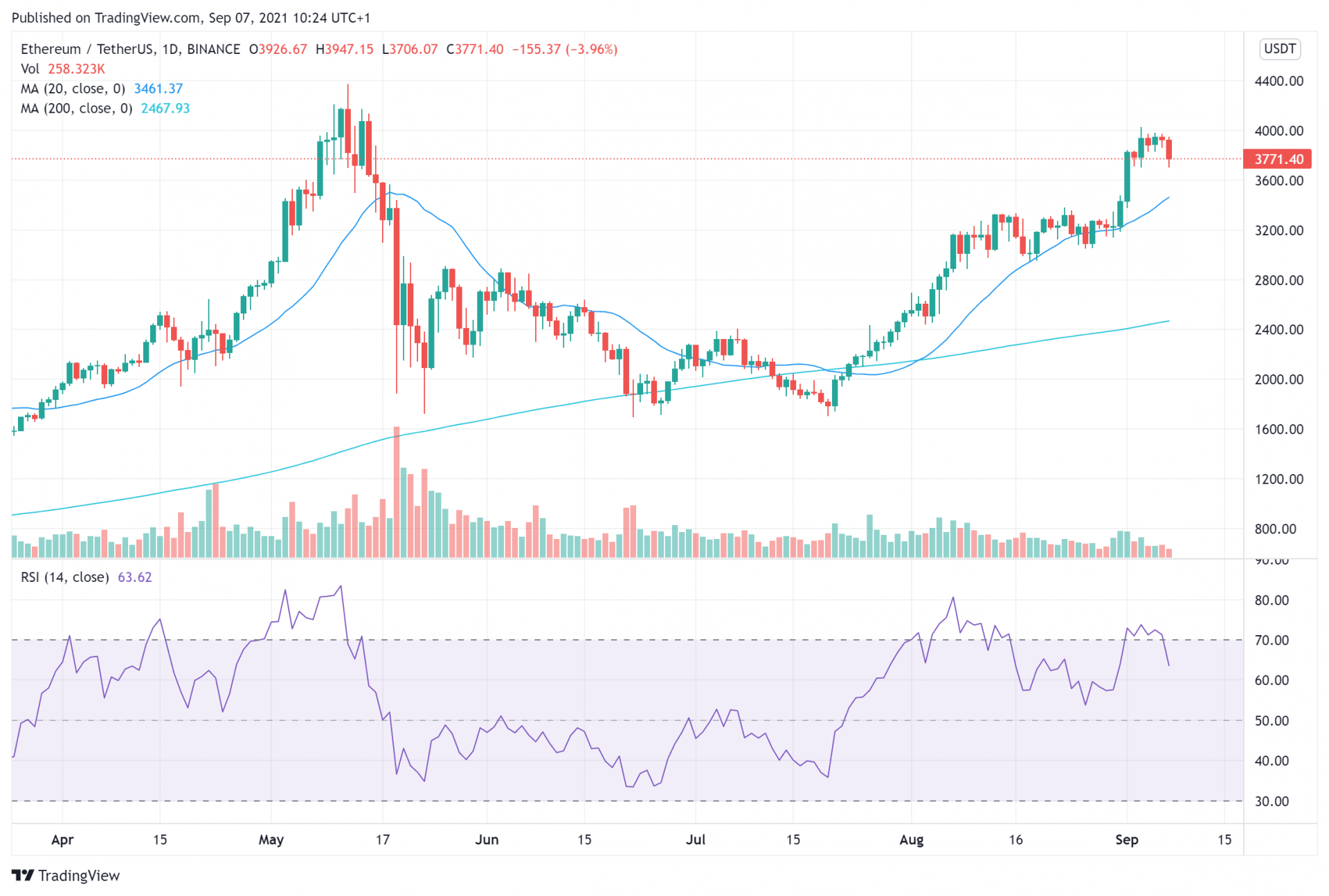 The silver to bitcoin’s gold, Ether also features on our list o the best cryptocurrency to buy. The asset has come a long way in 2021, but there could be even bigger pushes left for it.

Ether’s issue has always been the scalability problem of the Ethereum blockchain itself. The blockchain has been plagued with rising gas fees and increasing transaction times but this is where layer-two scaling solutions come in.

According to data from news sources, layer-two scaling solutions processed more transactions than Bitcoin yesterday. This shows that more people are willing to transact on the Ethereum blockchain, and demand remains high.

It is not necessary to link a Strike account to add them to your profile. pic.twitter.com/xT9Tg1vdzR

Recent reports also suggest that Twitter might be looking to add Ether and BTC to its Tip Jar feature for content creators. So, this could hint at further adoption for the asset. Ether is trading at $3,771 – down 4.5% in the past day but up 13.3% in the past week. Its fundamentals are still strong as its price trades above its 20-day and 200-day MAs of $3,473 and $2,467 respectively. Like BTC, ETH’s RSI has been dropping and currently stands at 64.23. 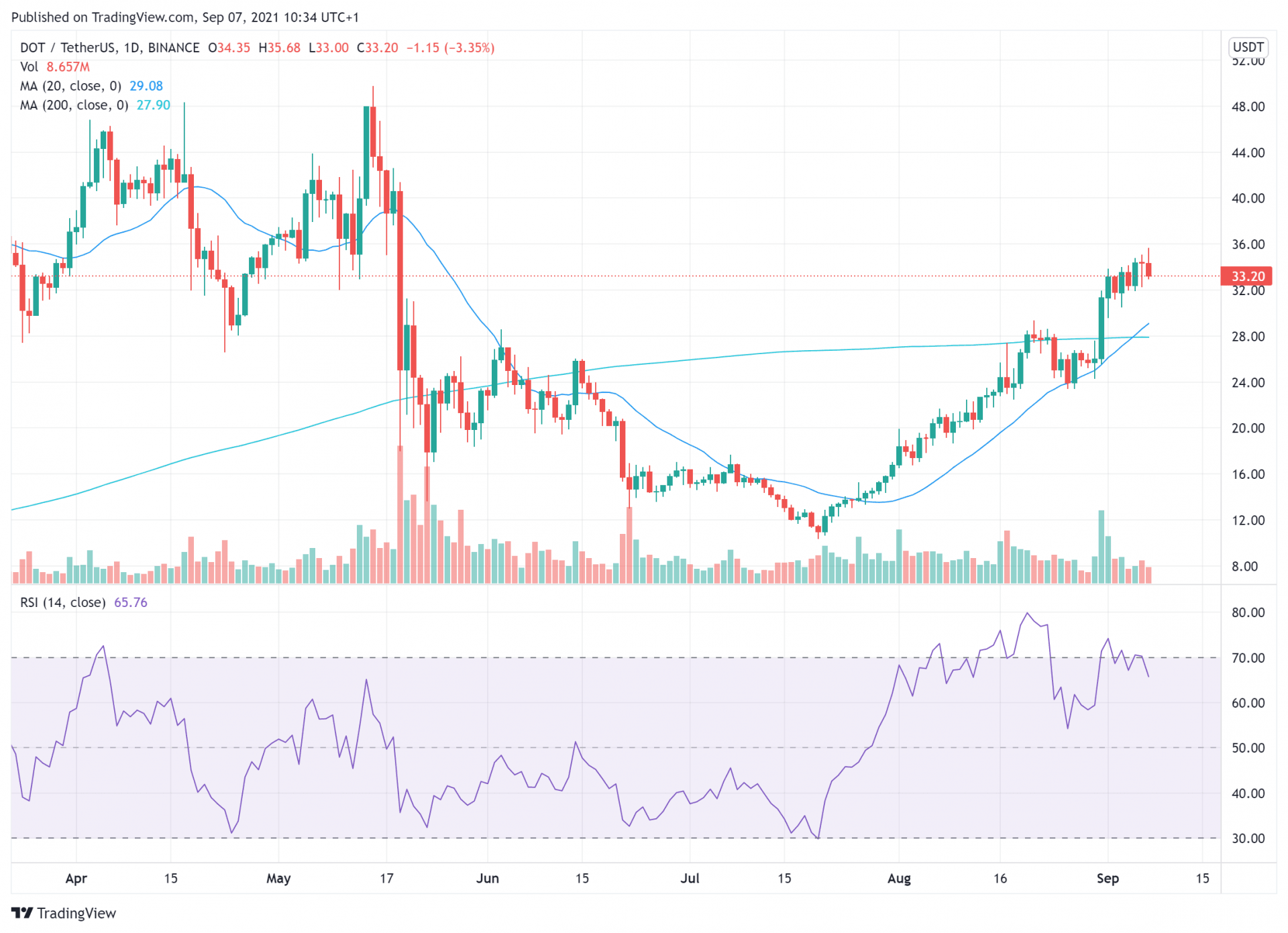 While it might not be as exciting as some of the other coins on this list, DOT is definitely an exciting project. One of the biggest growth drivers for DOT so far has been the launch of parachain auctions on the Polkadot ecosystem. Projects will vie for community slots on the blockchain – as well as that of its sister chain, Kusama.

The upcoming $DOT parachain auctions should drive up demand for Polkadot.

The token rewards for the $KSM auctions have been amazing, and I’m accumulating and staking $DOT in anticipation of this. pic.twitter.com/AehiTuyfSw

Kusama has been holding auctions since late August, and the numbers have been impressive. Once all auctions are complete on Kusama, Polkadot’s auctions will commence.

Data from PolkaProject has also shown that the number of projects interested in getting a slot on Polkadot is increasing. The ecosystem is expected to keep expanding and welcoming new projects.

200 smart contracts on Cardano… but there’s a catch

Bitcoin is great, but real crypto innovation has moved elsewhere

We Are All Satoshi: Statue of Bitcoin Creator Satoshi Nakamoto Unveiled in Hungary